What removing the Like Count would mean to Influencers

In the current social media world we are living in, likes have become a crucial form of currency. This importance has proved itself to have negative effects on users mental health and have bred addictive tendencies amongst users. Removing the like count, therefore, could have a largely positive reception for some users.

Adam Mosseri, Instagram’s head of product, announced during an event at the beginning of May that, in an effort to make Instagram a less pressurized environment, the platform has started experimenting with hiding like counts on posts, as well as making follower counts less prominent on profiles.  This contradicted the previous statements from some weeks ago, where Instagram denied these possible changes. Many consider removing the like count as a logical step  following Instagram’s most recent efforts to prioritize mental health on the app.

However, even though this announcement is mostly received positively, it also leads to some questions on how this will impact influencers and content creation. For them, likes and follower counts are a crucial part of their work. For Influencers the like count is an important metric that helps them determine follower engagement and broker deal brands. But that’s not all the like count means. According to Influential CEO, Ryan Detert, content itself is what is becoming more important. Many other metrics are being used by brands to measure the effectiveness of a campaign such as: story engagement, follower growth, and other attention metrics like video completion, audio on or off, and impressions. They also look more closely to click-through rates to measure new leads and website traffic.

Removing the like count may not make much of a difference for brands, considering they have many other analytics and metrics to fall back on, but for content creators and influencers, this would make it more difficult to measure how well their posts perform. Instagram has additionally announced that, eventhough they are testing an app without likes, they will attempt to find ways for creators to communicate value to their partners. The goal with this change is to make people focus more on the photos and videos posted in their feed, which will eventually lead to deeper engagement.

Instagram also announced an expansion of IG Shopping to include content creators and influencers. Allowing followers to shop directly from their posts like they can do on a brands page. 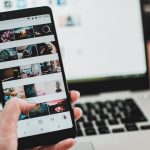 Company that Made $9 Million Selling Fake Activity gets Sued by InstagramNews, Updates 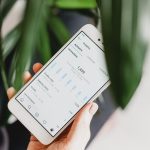